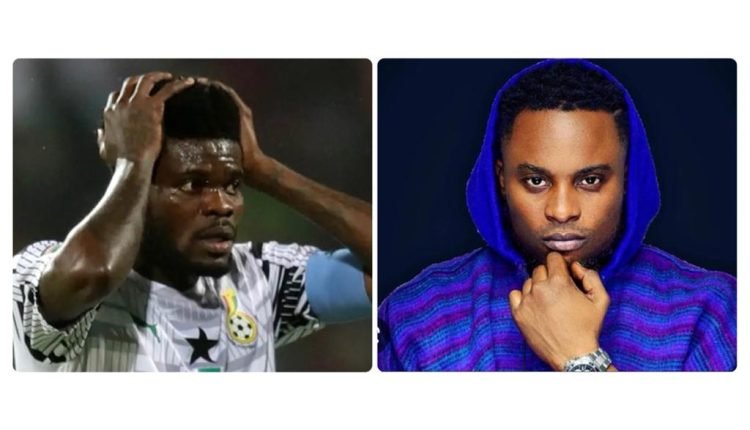 Award-winning UK-based Ghanaian afro-gospel musician, Joseph Matthew has been vindicated after the Black Stars were eliminated by Uruguay from the 2022 FIFA World Cup in Qatar.
The Black Stars were eliminated from the 2022 football Mundial after losing by 2 -O to Uruguay in their final match of the group stages. The stars had then managed to pick up 3 points in two games , losing narrowly to Portugal before dispatching South Korea 3-2 in the Second game.

The Black Stars then needed a win or a draw to automatically reach the round of 16. Prior to the match, Joseph Matthew who is noted with the hit song ‘Blessed’, cautioned the Ghanaian team to remain disciplined till the end of the game.
According to the ‘Blessed’ hitmaker, the Stars will lose to Uruguay if they play like how they played in their first two games. In a post on his social media pages, Joseph Matthew said:

“WE MUST KEEP OUR DISCIPLINE!
The truth of the whole matter is, Ghana will lose this game if we go in as we did our last 2 games. We must keep our composure and discipline throughout! We have not done this in our first 2 games, but this must change ASAP if we are to have any real success in this competition.

Suarez is not our problem. We lack discipline and composure. That has to change in this game period! Big up @blackstarsofghana_ we have more than enough quality to win this one, but we must keep the DISCIPLINE AND COMPOSURE FOR 90 MINUTES!!”.

In vindication to what he said, the Black Stars lost the game. Although the Stars were awarded a penalty by the referee, unfortunately, Captain Dede Ayew who volunteered to take the penalty had it saved by the Uruguay goalkeeper who went in the right direction to deny Ghana a goal.

Giorgian de Arrascaeta’s two goals for Uruguay were also not enough to take them through to the next round of the tournament as together with the Black Stars were eliminated from this year’s Mundial. 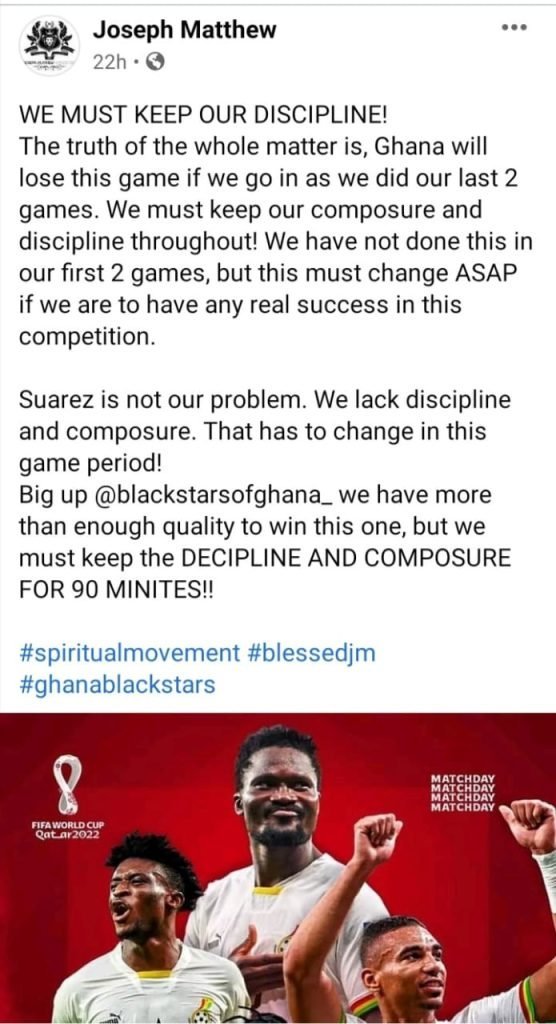 Kote Geng – Letter To The People (Produced By Atta KayBeatz)