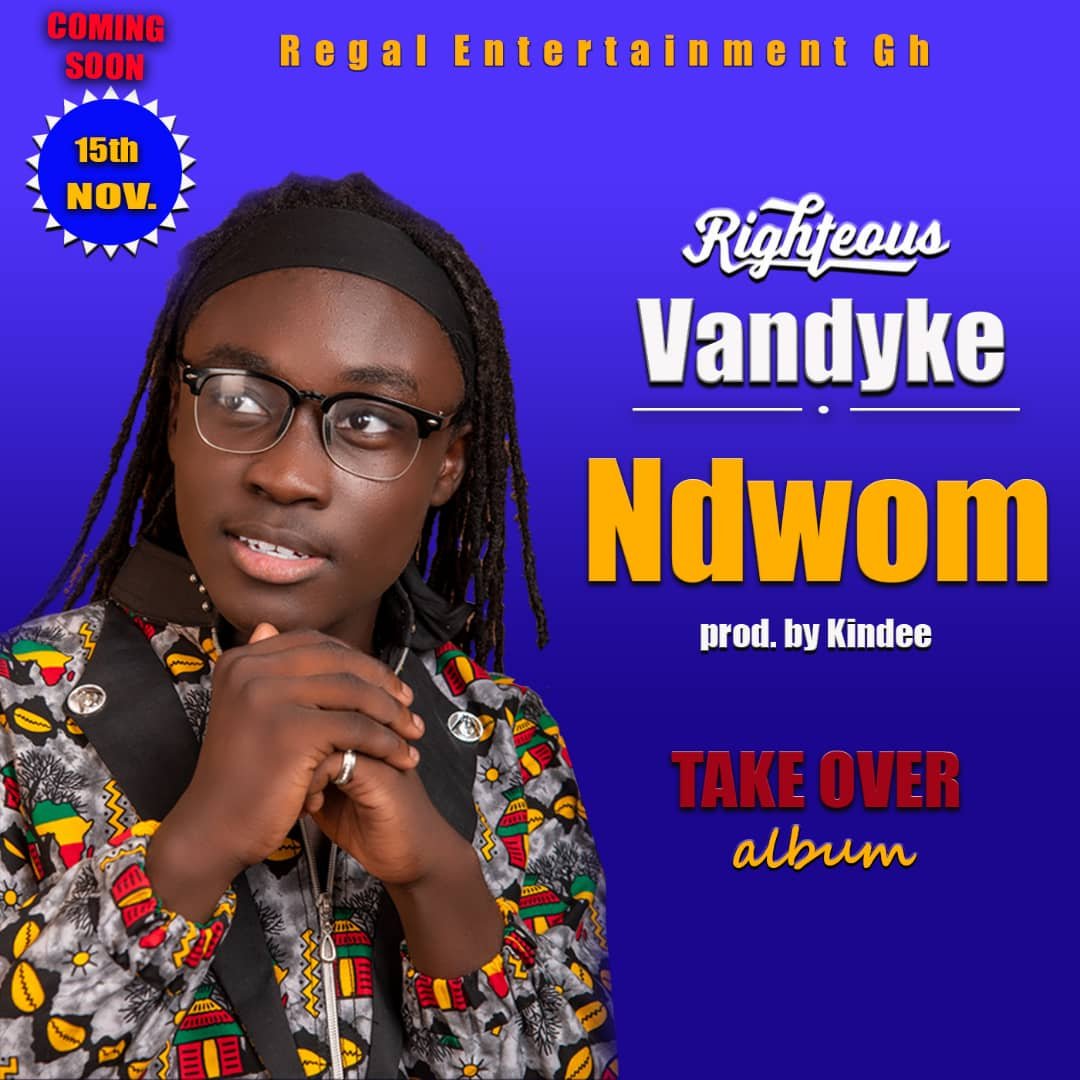 Winner of the maiden edition of Adom TV’s Nsoromma contest, Righteous Vandyke is set to release “NDWOM” off debut album dubbed “Take Over”

Righteous Vandyke Owusu Frimpong is a native of Apam, a very talented one interms of music and dancing.

Righteous Vandyke won Nsoromma Season 1 competition on January 6, 2019, at an event held at the National Theatre.

He competed against four other finalists, but the audiences’ votes, coupled with his spectacular performances, saw him victorious.

“I am poised to make a difference with my music, l need support from Ghanaians by streaming and sharing my songs and also react to it to make me a household name in the music industry,” Righteous Vandyke told Kumikasa.Com

“Ndwom” which is one his upcoming album will be release on November 15,2022. Production credit goes to Kin Dee, and you know what you are about to listen when we have Kin Dee on the production.

Keep reading this space as we update you on Righteous Vandyke’s up coming album “Take Over” and his new song NDWOM.