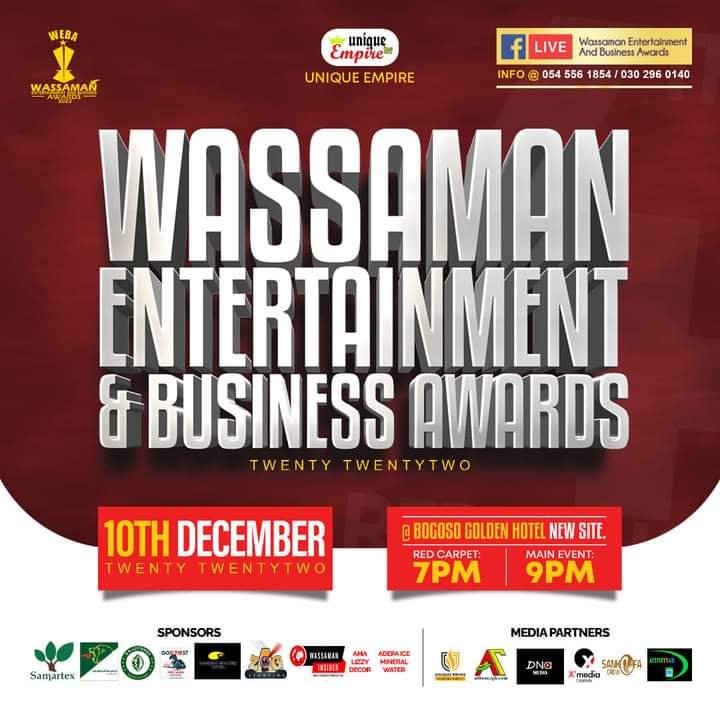 Organizers of the annual music awards in the Wassa area, Unique Empire, are set for the 4th edition slated for Saturday, December 10 at the Bogoso Golden Hotel (new site) in the western region.

This year’s awards ceremony would begin with a red carpet event.

According to Unique Empire, these new categories will help other personalities in the industry to be recognized as well including the flagship Honorary Awards, which would be presented to some individuals from the wasa land.

Patrons would be treated to a total of 11 artistes’ performances on the night. Amongst some of the performers billed are Morris Makafui, Emelia Baidoo, Chris Tales, Jhoe Saz, Aziz Havoc, Ama Empress, Sankofa Crew amongst others.

“We are all set for the night and we promise you an exciting experience,” Mr Maxwell (P.R.O for WEBA)

With the tagline ‘Inspiring Greatness’, the 4th edition of the awards is expecting over 1,000 patrons on the night.