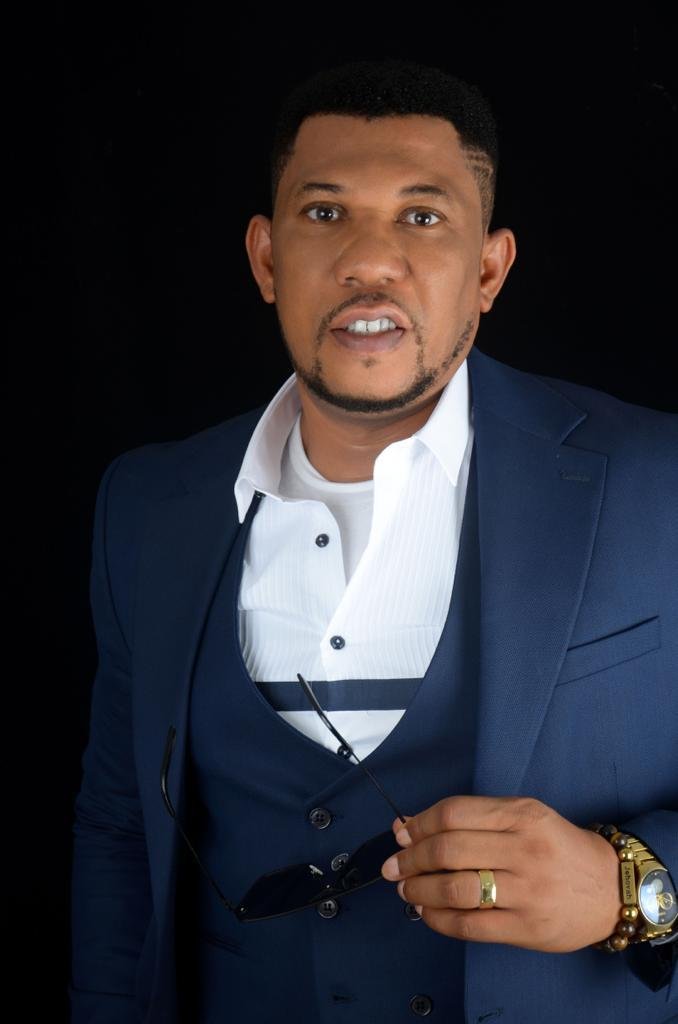 With a  heart full of gratitude, Eze One, the Gema Best Director Of The Year 2022 known in real life as Jonathan Eze Nwadinobi shared this exciting experience with his fans.

In a video circulating on social media
The outstanding movie director for 2022 expressed how surprised and humbled he was to have received the award and went on to talk about how he was geared towards putting in more work in the movie industry especially in Ghana.
He said “Thank you Ghana, I’m loyal and humbled by this acknowledgment. It’s not easy emerging as Gema best director of the year 2022. I dedicate this award to all directors in the category and to those who could not make it.”
He is noted for block buster movies like  Mind Game.

He went to primary school at Umuagu Central School Ohuhu, in Umuahia Abia State and furthered secondary school at Trinity secondary school Araromi Apapa, (Ajegule) in Lagos, He was the made the Senior Prefect (SP) while he was is SSS2 due to his performance and courage to control the students until his graduation in 1998. In school he loved to sing and dance to entertain his fellow school mates. 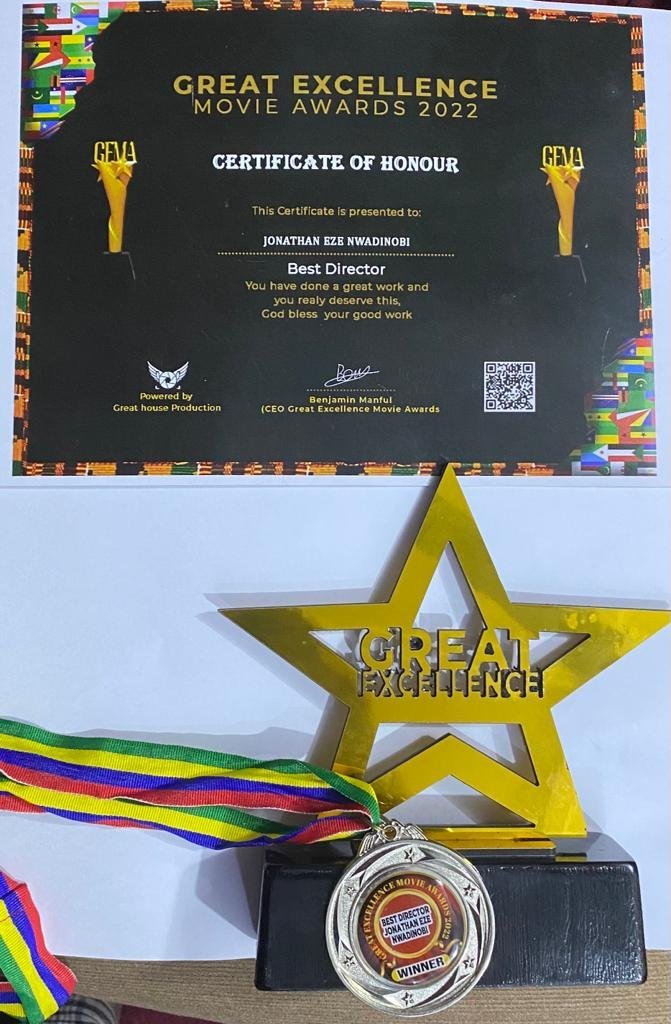 He also loved to play football and was good at playing number 11 position for his school and white Jackmonian stars football team. In 2011, Eze One graduated with a degree in BBA (Bachelor in Business Administration) in Methodist University college Gjana. In 2014 he also graduated with Diploma in Music. Then graduated in 2017 he went back to school and graduated with 2nd class upper in Music and Theatre art in 2020 MUCG University of Ghana.

He later joined Nigerian actor’s guild in 1998 immediately after he graduated from high school and was starred in several locally produced movies and stage dramas, his first lead role was in a movie titled ‘Johny’. In 2004 destiny decided to bring him back to music and acting career. He started up with Ez promotions company as a music promoter, he slated Ghana most popular out door music events titled ‘Loud in Accra’ where he featured legendary artists like 2face Idibia, Idris Abdulkareem, Shatta wale, Samini, Tic Tac, Tiny and many others. After several years of promoting hiplife (Ghana Music) in Ghana, he decided to release His first single, Anago from an album titled Anago, which was released in Ghana in the year 2006, which was a success, followed by his second single Uredia, from an album titled Uredia, which was also released in 2007.

His third Album title ‘Anyibunotu’ was released in 2009 followed by ‘Ije love album released in 2012 with other subsequent hit songs. In 2016 Eze One released ‘Higher We Go’ album which featured Jupitar and Tiny of Ghana. In 2019 Eze One released ‘Regular’ album. In 2022, Eze One is presently working on an album titled ‘I’m on fire’ which includes peoples favourite track titled ‘I Live My Life’

The Gema Best Director Of The Year Award for 2022 adds up to his accomplishments as an industry player. Eze One has won 7 awards from dance competition help in UAE Dubai as a best dancer, Nig Actors Guild best actor 2016, Gh 3rd Music  Award ward, Umuagu Ohuhu Youth Award, Umuagu Ohuhu acknowledgement award, Ikwuano Umuahia Ghana Chapter  Award as their ambassador, Pman Umuahia Music Award  and from Association Of Students Of Performing Art University  Of Ghana. He has also have been nominated in Ghana music awards several times.
Eze produced Mind Game,Trust in Jehovah ,The Babies,Lock Him Down and many others 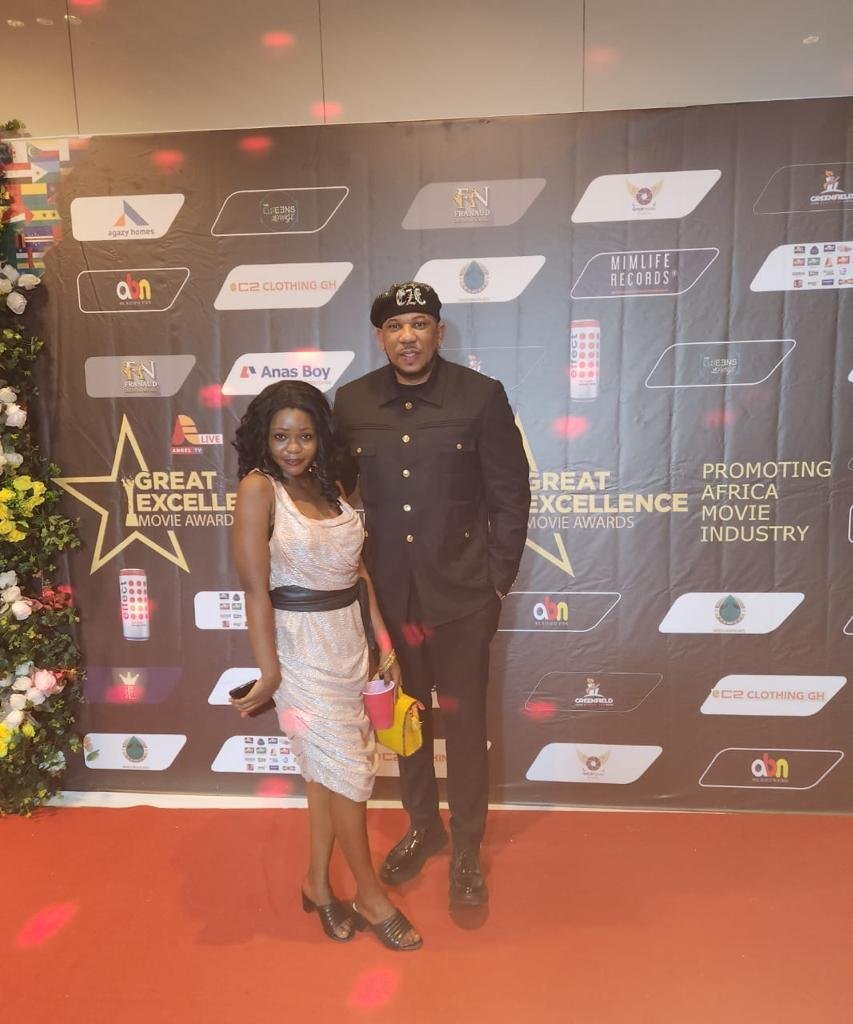