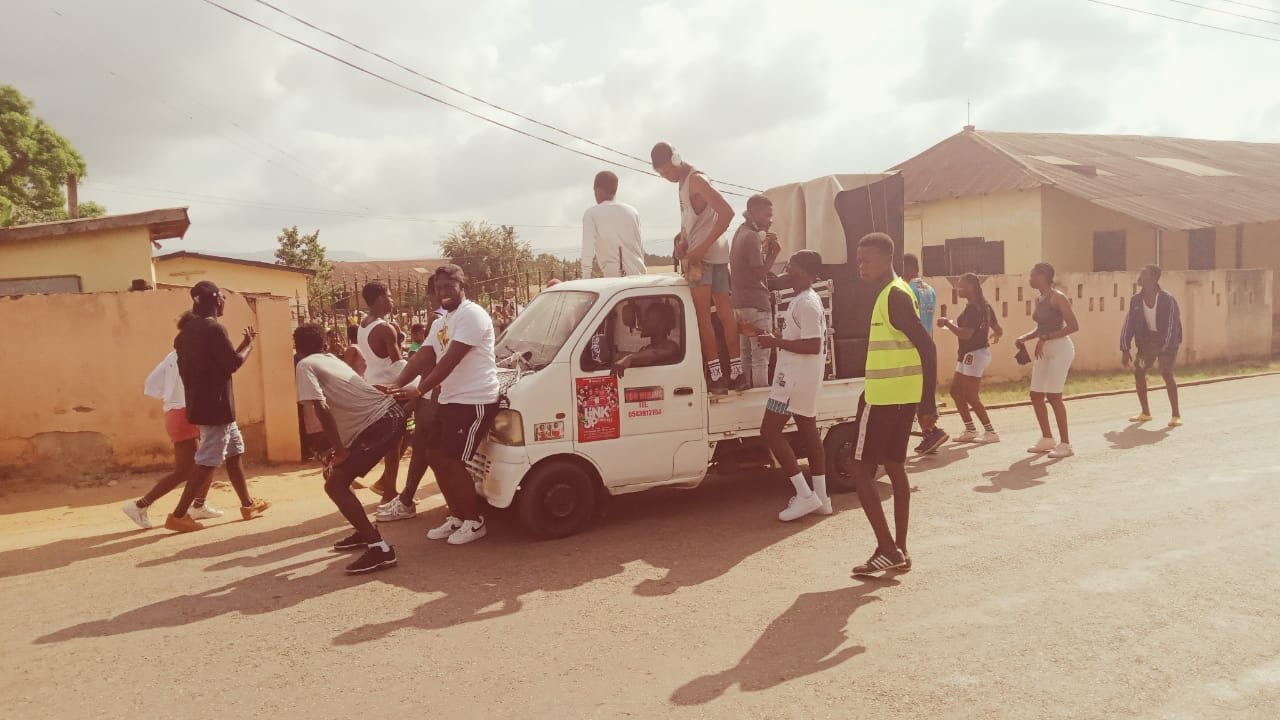 On Saturday the 26th November 2022, a clean up exercise was organised by Sunrise Palm Entertainment Complex in collaboration with 1Kay Empire at Akyem Osiem in the Abuakwa North Municipality of the Eastern Region

The exercise took place at the entrance of Sunrise Palm Complex ( Y Junction) to the Hawa Memorial Hospital and other areas at Osiem that needed cleaning. The Chief Executive Officer for 1Kay Empire Kelven Prince popularly called 1kay gathered all materials needed for the clean – up whilst a vehicle with a public address system informed citizens

The event began as early as 5:30am with the sweeping of streets to avoid the busy hours of traffic

1Kay, who is an event promoter and also the CEO of 1kay Empire announced the link – up party which is taking off Sunday 27th November 2022 at the Sunrise Palm Complex (Y Junction) to the people gathered

He said, the clean-up exercise is to promote the link – up party tomorrow, and the link up is to socialise the people of Abuakwa North, to that the Empire has invited many artists on board such as Koo Ntakra the finest artist in the Eastern Region and Ghana as a whole, Mendit from Osiem and others from Maase, Koforidua, Accra and a cross Ghana to the event

Call him for more of the event on 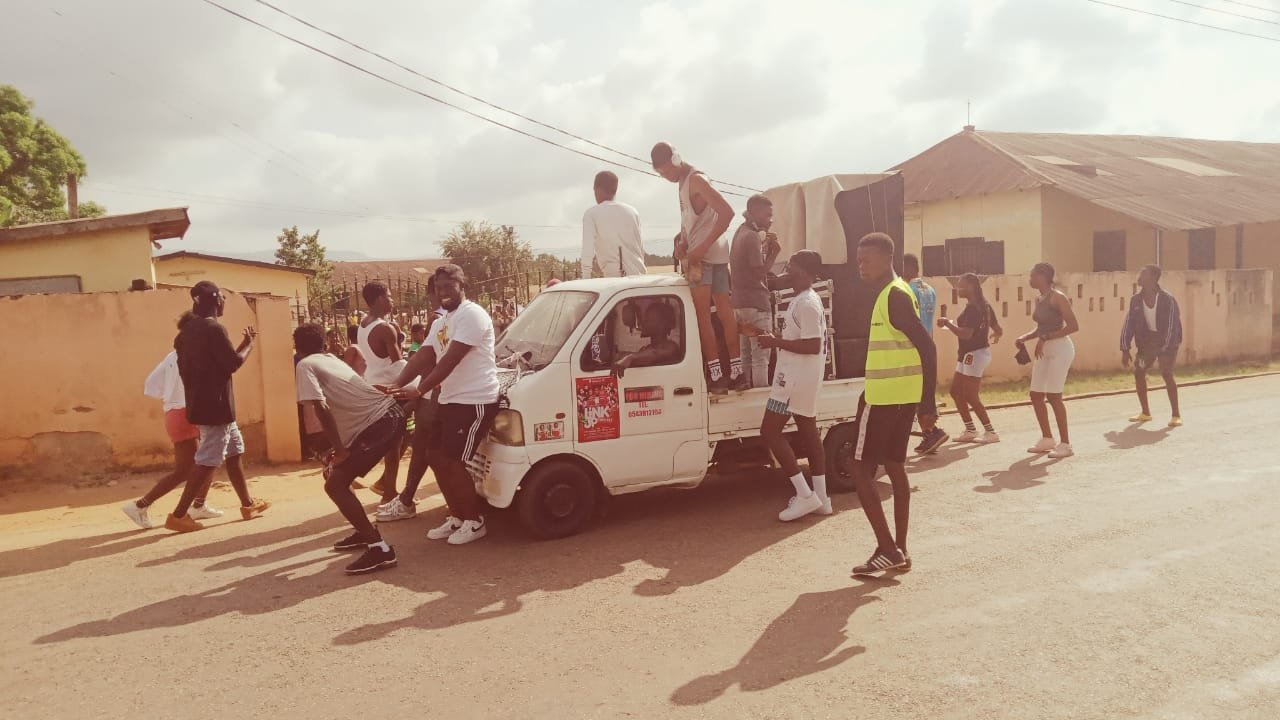